In the Chinese market soared prices for iron ore and steel 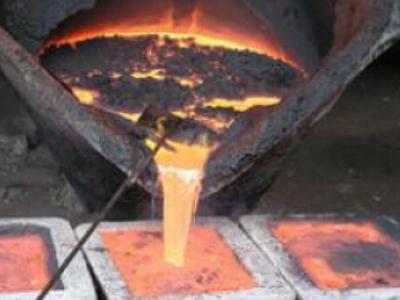 Stock exchange of China «fever». This week in the Chinese market of securities was a stir. It is triggered by the shutdown of several production facilities and reducing excess capacity in the North of the country. Rising prices touched in the first place, the ore and steel.

On Tuesday futures for rebar jumped to the highest level in the last month. The increase in the price of the goods was seven percent. One ton of reinforcing steel cost of 3.16 yuan, nearly four hundred and sixty dollars.

On the stock exchange in Dalian showed a record growth of iron ore. Price jump surprised even Australian investors. Iron ore has increased in price by eight percent. Willing to buy a ton of raw materials, had to put five hundred ninety-four dollars. The price of iron ore reached for the first time since mid-December.

The last time the price of iron ore has been steadily falling. In the beginning of the week in the Chinese port of Qingdao, the ore can be purchased 77,74 dollar. Says the rising prices to two percent.

Price hikes have affected not only ore and steel. All items relating to metallurgy soared this week in price. First, the rise in prices affected coal and coke. A ton of coking angle reached 1256 yuan. Breakthrough price of eight percent. The same amount of coke cost 1687 yuan. Thus, the price increase amounted to nine percent.

Analysts suggest that in the future the price of steel has good prospects. Mainly, a good sign for the cost of steel is a positive forecast for the Chinese economy.

Last year the economic growth met forecasts. It was assumed that it will grow by six to seven percent. In the past twelve months, the economy grew by 6.7 percent.

The hike in prices of steel and ore, one way or another, is affected by additional stimulation of the market. They allowed us to increase domestic demand in China. The recovery of the real estate sector also had an impact on the prices of metallurgical products.

At the same time, the daily rate of steel production has reached record levels. As a result, the amount of inventory has declined substantially. Revival in Chinese demand this year could support the industry.

After several weeks of persistent falling price of the race was a surprise to traders and end buyers.