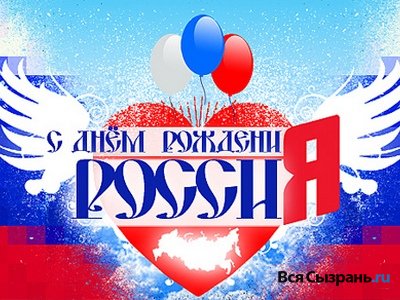 In the middle of the first summer month, June 12, Russia celebrates one of the most important national dates. We are talking about the Day of Russia, which is also called the Day of adoption of Declaration on state sovereignty of the country. It is the name until 2002 were given a holiday. It should be noted that in comparison with many important dates holiday is very young. The Declaration was adopted at the first Congress of people’s deputies. He held . The Declaration proclaimed the supremacy of the Constitution and the laws it had enacted. By early 1990 many countries have implemented the decision on sovereignty. Because the signing of this document occurred against the background of independence. The strengthening of the statehood of the country contributed to the adoption of the name — the Russian Federation.

By the way, on this day, Russia gained not only independence, but also the President. However, the event occurred in 1991. On June 12 open national elections. The result was a victory for bn. Yeltsin. And this President have erected the date of the signing of the Declaration at the state level. It happened in 1994. Gradually the name of the holiday became the Day of independence of Russia. It should be noted that the first experiment to create the main state holiday, was quite awkward. As soon as people don’t interpret this date. Social polls showed that Russians do not comprehend the essence of the holiday. For many, June 12, became just the additional output, allowing you to go on holiday. However, in many cities held mass celebrations, on the special scale can not speak.

In 1998, B. N. Yeltsin made another attempt to specify the date. A proposal was made to celebrate this day as the Day of Russia. While the official name was given to the feast on 1 February 2002. It was during this period came into force the new Labour code of the country. Before that, in 2001, celebrating the Day of the adoption of the Declaration, Vladimir Putin talked about the new era in the history. Meant a democratic state built on the rule of law and civil liberties. Identified Vladimir Putin and the basic meaning of the celebration. This combination of success, prosperity and welfare of the citizens of the country. Russia day is a celebration of freedom and peace, harmony of all people. On this day festive events are held in which participate the inhabitants of Russia.