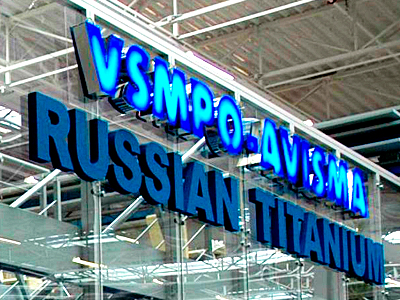 In the Sverdlovsk region held a meeting of the government Commission on investment projects. In accordance with the report of Alexey Orlov, the Minister of investments and development of the region continues to implement priority projects. At the moment the development is ten programs with this status. Seven projects are focused on the construction sector. Three projects involve technical re-equipment and modernization. In General, the volume of investments aimed at the implementation, is 65 billion RUB. From the specified amount at the beginning of the year 20165 mastered the RUB 41.6 billion.

The meeting was attended by Dmitry Sannikov, who represented the VSMPO-AVISMA Corporation. His report covered the program of modernization of the reeling ring complex. We also considered the organization of processing of titanium rings, discs. This project is aimed at import substitution, innovative products for aircraft, aerospace and other sectors. It is expected that after implementation of the project manufacturing Corporation titanium rings by 2020 will increase in 1,6 times. Moreover, the products are exclusively designed for consumers in Russia. The volume of investments made from August 2013 to October of the current year, amounts to 4.3 billion RUB.

According to Denis Pasler, Chairman of the government of Sverdlovsk region, the project of the Corporation should support. Visiting the company, D. Pasler convinced of the magnitude of the plans of the shareholders. To date, the level of investment reached 18 billion RUB. Part of them are also aimed at discussing the project. The important fact is the effectiveness of the developed strategy. It is expected that the results will be visible after five or seven years. They have a positive impact on the economic security of the country and in particular the Sverdlovsk region. A government Commission already issued its decision. In accordance with the investment project of the Corporation is recognized as a priority for the region.

VSMPO-AVISMA expects to maintain the production of titanium at the same level over the seven-year period. The annual production volume of titanium products will reach 28000 tons. This was reported in the financial accounting records of the Corporation for the year 2015. Comparing the results of 2014 and 2015, you may notice that the level of production is stable. It amounted to 28900 28400 tonnes and titanium, respectively.