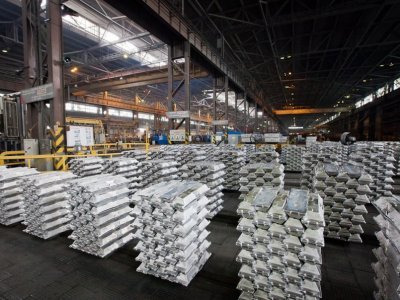 Evraz sells 59% stake in vanadium company Vametco. The cost of the transaction will amount to 17 million USD. Acquire the stake of Evraz Bushveld Minerals. It is expected that the transaction will be closed in 2018 in June. When this transaction is necessary to confirm the co-owner of the asset. It is a Japanese company Sojitz. She owns 15.9% of Vametco. Another asset in South Africa — Evraz Highveld Steel and Vanadium is not yet sold. Not surprisingly, given its unprofitability. He probably falls under the sale of the property. Despite selling its stake, Evraz is not planning to permanently leave the vanadiumsector.

Vametco Evraz acquired simultaneously with the American production of Stratcor. This deal was done in 2006. At this time, Evraz acquired 75% in Strategic Minerals Corporation. The cost of the transaction amounted to 110 million USD. Agreement for the sale of the shares was signed by Evraz and BVL may 9. Total it would amount to USD 17.2 million. It is expected that it will take place in two stages. Deal for Bushveld is of great interest. Vametco provides one of the most small of costs on a global scale. In 2015, she made up 17.33 USD/kg Average tomotivate in 2015 reached in Europe to 18.58 USD/kg. In the USA, the price was 20.2 USD/kg this data is specified in the report of Evraz. Bushveld plans to boost the capacity of the company to 3.34 thousand tons annually.

Representatives of Evraz declined to comment on the situation. Their example was followed by the representatives of Sojitz. According to experts, Vametco does not play a role for the holding. The sale will not affect the financials of Evraz. It is quite obvious that Evraz plans to withdraw from South Africa. This position is substantiated by loss-making assets. The holding will remain in the vanadium business. Czech Evraz owns Evraz Nikom with a capacity of about 5000 tons annually. Production of vanadium is engaged in «Evraz vanadium Tula». Annual production capacity of 12500 tons. To sell these assets, Evraz has no plans.