The Day Of Constitution Of Ukraine 2016 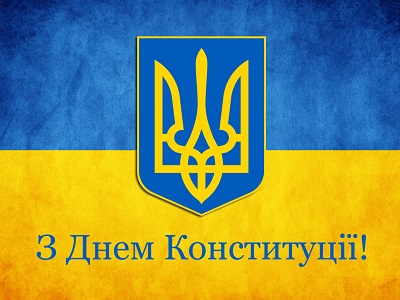 In the month of July, the 28th, we celebrate the date on the right is one of the honorable places among the state holidays of the country. We are talking about the Day of the Constitution. On 28 June 1996 the Verkhovna Rada of Ukraine adopted the first Constitution of the independent state. Twenty years have passed since its creation and adoption, but still the solemnity of the date is not gone. This day is truly symbolic. For centuries the inhabitants of the country were fighting for their freedom, defending the ability to live in accordance with their own traditions, to obey its own laws. The adoption of the basic bill of the country — the celebration, which confirms the independence and sovereignty.

In his time on the creation and approval of the project employed a lot of people. The deputies did not pokatili session hall, even working in the night from 27 to 28 June. They addressed all the major issues affecting the symbols, state language, the right to private property. Taking into account all the amendments and the comments of the head of state. Was supported by the controversial articles. The Constitution is the highest legal power in the state. And because its adoption undoubtedly increased the prestige of Ukraine in the eyes of other countries. The Constitution enshrines the sovereignty of an independent Ukrainian state, its territorial integrity. Any laws in the country, any regulatory considerations are accepted, based on the Constitution and should fully conform to it. In accordance with the laws of Ukraine, the head of its President, he is the guarantor of the acceptance of and compliance with the Constitution. But domestically, the main value is the human being, dignity, health, life.

Of course, in twenty years much has changed, the Constitution has been enriched with some additions. But its action in the country continues. And not surprisingly, the date when was adopted the Basic Law — the celebration at the state level. This date is timed and ceremonial and educational events.

Perhaps, after so long a period show and the solemnity is not as great as previously. And yet every year on this day, residents do not remain indifferent. In Ukrainian cities are not only festive and solemn events. The streets are decorated with national flags and a magnificent fireworks makes the sky light up with colored lights.