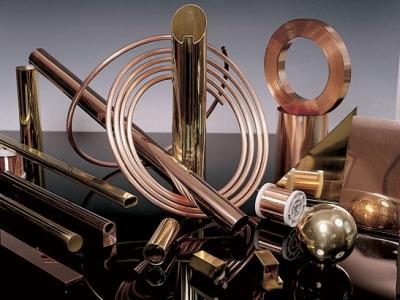 Some sources claim that the «Russian copper company» is no longer a shareholder of the Chelyabinsk branch. Argue that this step precedes the impending consolidation of UMMC and partners. There is a possibility that the package RMK purchased by companies allied with UMMC. While direct purchase of shares. The consolidation of the Chelyabinsk branch still not approved by the FAS. Doubts relate to the presence of UMMC «Electrozink». The joint share of the plants is about 90% of the Russian market.

Since 2009, RCC and UMMC partners owned NF Holdings B. V. Netherlands the company owns 58% of the company. It was believed that in the hands RMK concentrated control over Zolstar Enterprises Limited. This Cypriot company belonged to a 37% share of NF Holdings. This corresponds to about 21.5% of the Chelyabinsk branch. Now according to the sources RMK is a Dutch company. Attached structures also do not own shares of Chelyabinsk branch. However, to comment on the situation, the representatives of the RMK refuse. UMMC contends that its share in the NF Holdings has not changed. At the end of the third quarter of last year it amounted to 48,36%. It remains a mystery who is now owned package partner.

Chelyabinsk branch is the largest Russian producer of zinc. The company owns raw material assets in Kazakhstan and Russia. In the past year, the amount of released zinc was $ 171000 tons. Today Chelyabinsk branch implements the investment program. It is expected that its implementation will expand the facility to 200,000 tons annually. In 2014, revenues under IFRS amounted to RUB 16.5 billion. Net profit was estimated at RUB 2.3 billion. EBITDAсоставил 3.8 billion RUB. Unfortunately, the data for 2015 is still not available. A joint supply of raw materials from the UMMC and RMK make up about 60%.

It is assumed that the shares of RMK in Chelyabinsk branch of repurchased friendly structures UMMC. Holding continues to make attempts for consolidation Chelyabinsk branch. In September last year, UMMC provided the request to the FAS. It stated the intention to consolidate 100% of the Chelyabinsk branch. The subsequent failure was due to a possible restriction of competition in the signing of the deal. In this case, UMMC will own 83% share of the Russian market relative to primary zinc. Zinc alloy is 92%. In late February, was sent to re-petition. It is under consideration pending receipt of additional information.