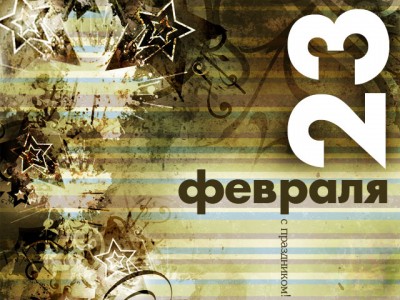 Holidays and commemorative dates, as you know, time to certain events of particular importance. We have the celebration of women day students, many professional dates that are celebrated with solemnity and pleasure. The defender of the Fatherland day is no exception — it is celebrated and men, the celebrants and their family and friends. Yes, and how not to celebrate this date? Because it is intended to show the importance of the efforts made by the stronger sex the desire to protect all of us. Perhaps, after so many years of its existence — no joke, almost a hundred years! — a few faded solemnity and pomp, and political overtones almost completely. However, for all of us on February 23 continues to be a real man’s holiday.

But why on February 23, and not some other calendar date? Remember that the dates are tied to the holidays, is historically justified. Let’s see what history means to the end of February. It’s all in the establishment of the workers 'and peasants' red Army, created to repel the offensive of German and Austro-Hungarian troops. The time was difficult, enemy troops occupied the cities of the USSR with virtually no effort. The family: a proclamation to the people of 23 February was the beginning of a voluntary mobilization into the Red Army.

It really was a strong move, finally the young proletarian state had been able to provide decent resistance. So, 03 March the signing of the Brest peace. Well, the date was timed to the day of the first victory of red Army near Pskov? It’s possible, but not obvious. There is another version explaining why we celebrate the Day of defender of the Fatherland on this day.

Initially, in 1919 — was supposed to mark red Army Day on 15 January, old style, but the incident hitch with the appointment date a bit late. It was decided to combine this holiday with red Gift Day and to celebrate it on February 17. And again fate stepped in — that number had work on Monday. There was a third adjustment, and the celebration shifted to the nearest Sunday, 23 February 1919. Almost a century has passed and the time date has remained constant. However, it was legalized only in 1922, when at the end of January a decree was issued about the solemn celebration of red Army Day. Later the festival was renamed the Day of the Soviet Army and Navy. But no matter how you call this day, it is for us — a holiday of real men, defenders. Let us never leaves their happiness and health, always accompanied by success and luck in all your endeavors!